The Cocktail Cadre team originally posted these drinks on National Comic Book Day 2020. As fans of comics and cocktails, we encourage you to sample both and let us know your favorites.

September 25th is National Comic Book Day, so the founders behind Cocktail Cadre decided to make custom cocktails inspired by one of their favorite comic books. 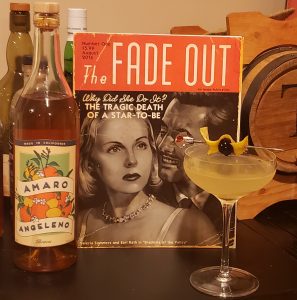 The Fade Out cocktail

Martin (@thetartinm) was inspired by The Fade Out comic by Ed Brubaker and Sean Phillips. This comic, published by Image Comics in 2014, is set in 1948 and stars Charlie Parish, a Hollywood screenwriter suffering from posttraumatic stress disorder and fronting for his blacklisted best friend, Gil. When Charlie wakes from a blackout in the same room as a murdered starlet, he and Gil set out to bring her killer to justice. Martin had the pleasure of meeting Ed and playing Cards Against Humanity with Ed and his wife at a friend’s party once. Inspired by this crime noir story that takes place in Los Angeles, and by the hard-drinking characters in the story, Martin created a cocktail of spirits all from the Los Angeles area. It’s inspired by the classic Last Word cocktail with 4 equal parts. 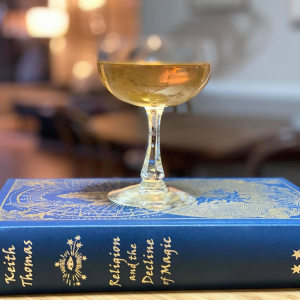 Jeff (@countxero) was inspired by the Phantom Stranger, from DC Comics. First appearing in the summer of 1952, the Phantom Stranger is a paranormal superhero in the DC universe whose early origins dated back to biblical times, sometimes as an angel that refused to take a side during Lucifer’s rebellion, others as the father of a child murdered during the Massacre of the Innocents. In modern canon, his secret identity is Judas Iscariot, the disciple who betrayed Jesus for the 30 pieces of silver that he now wears around his neck, doomed to walk the earth for all eternity. The silver component played right into Jeff’s custom creation.

John (@digdugdaddy09) was affected by the recent passing of Black Panther star Chadwick Boseman and made a drink that’s a riff on the classic Canchánchara, but swapping dark rum for light, with honey syrup and lime juice. 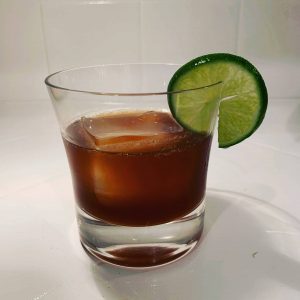